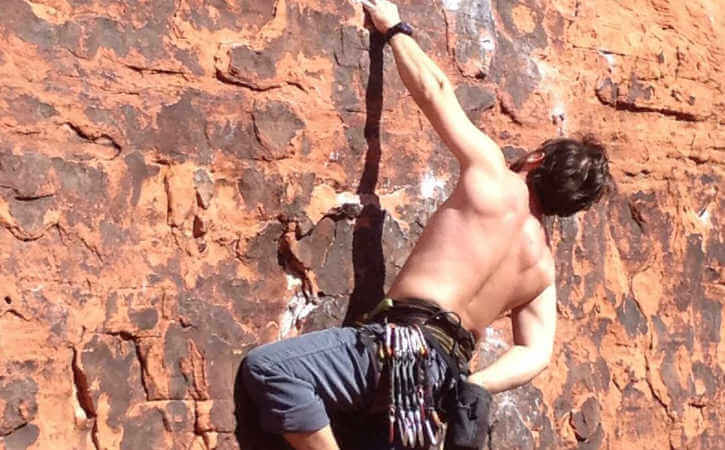 The scripture says, “Who rescued us from the authority of the darkness and transferred us to the Kingdom of the Son by His love, in Whom we have redemption, the forgiveness of sins: Who is the image of the invisible God, First born of all creation, because by Him all things were created in the heavens and upon the earth, the visible and the invisible, whether thrones or lordships or leaders or authorities: all things have been created through Him and in Him.” Col.1:13-16. In the light of this revealed truth, since the Living God is the King in His Kingdom, I love to say, without an iota of doubt, that He is able to do all things. He has the power, the ability and the willingness to do all things to the glory of His name. Job’s testimony of God in Job 42 : 1-6 says, “Then Job answered the LORD, and said, I know that you can do everything, and that no thought can be withheld from You…I have heard of You by the listening of the ear, but now my eye sees You. Therefore I abhor myself, and repent in dust and ashes. ” Before this moment in time, he had a devastating experience, a disease that was incurable to man. In fact his wife lost all hope and wished him dead to alleviate his desperate pains. However, when God came to the scene, Job moved from the realm of hearing (hearsay) to the realm of beholding God in His Majesty. He knew beyond any reasonable doubt that the King of glory is all powerful and able to make him whole and turn things around 360 degrees for good. He knew that God is able to undo the works of satan, and restore all his losses sevenfold. I John 3:8 says, “the one who continues sinning is from the devil, because the devil has been sinning from the beginning. The Son of God was revealed for this, so that He would destroy the works of the devil.” God healed Job and blessed him twice as much as he had before when he repented, forgave his friends and prayed for them as God instructed. You can read more of God’s faithfulness to Job in Job 42 : 10 – 17. Beloved, The Lord Jesus Christ, is not a respecter of persons, He will save, heal and restore all your losses sevenfold if you trust and obey Him.

I shared in the previous write up how God forgave me and saved me and healed me and restored my hope for living. The uttermost desire of our Lord and Savior Jesus Christ for us is to be whole spirit, soul and body [3 John 1 : 2]. Notwithstanding, God knew that man would fall sick because of sin or the attack of satan, hence He had made provision for our healing by the precious blood of Jesus Christ that was shed on the cross of calvary. You can refresh your memory about God’s miraculous provision for our healing and health in Isaiah 53 : 4 – 5, Matthew 8 : 17 and Jeremiah 33 : 6. I am a living testimony of what God can do, is doing and will do in the lives of His children. For instance, one morning around the year 2006, I discovered that I was unable to rise from my bed and I was not sick the previous night. Immediately, I alerted my wife who was by my side. Being a nurse she did some tests and she was sure it was not a stroke. She prayed, and I told her also to phone some brethren. As God would have it, it was the day we were led to corporately meet to seek the Lord in prayer. Surely, it has always been a time of refreshing from the Presence of God. Thank God for the agape love of God demonstrated by the brethren for coming before the time of meeting for my rescue. When they arrived, I was anointed and prayed for in the name of Jesus Christ for God to touch me and heal me. Remember, James (Jacob) 5 : 14 – 15 says, “Whoever is sick among you must summon the elders of the congregation and they must pray over him, after they anoint him with olive oil in the name of the Lord. And the prayer of faith will save the ill and the Lord will raise him: and if he had committed sin, it will be forgiven for him.” After all, I needed to put my faith in my Healer to action. So when the prayer ended, a desire to stand up rose in me, and I was at the same time pressed to ease myself in the bathroom. I requested two of the brethren to support me on my feet to the toilet and they did just that and left me sited on the water closet to empty my bowel. Halleluyah!, this was when the miracle happened as I put my faith into action. After relieving myself, the power of God enabled me to stand on my feet and walked out in the strength of the LORD to meet the brethren in the parlor where they gathered to seek the Lord. In joy we lifted up our voices to worship the LORD of glory for confirming His word. We ascribed greatness to Messiah for seeing Him in action and the scriptures fulfilled. In deed Jesus Christ is the same yesterday today and forever. Glory be to His name in the Highest. Take note, God can sovereignly do the impossible, but at times, He wants His children, most especially, to exercise their faith, since no one can please Him without faith (Hebrews 11 : 6).

The angel Gabriel who foretold the birth of Jesus said to virgin Mariam (Mary), “…behold you will conceive in your womb and you will bear a Son and will call His name Y’shua (Jesus). This One will be great and He will be called Son of the Most High…and He will reign over the house of Jacob forever, and His Kingdom will not end.” And Miriam said to the angel, “How will this be, since I have not had intimacy with a husband.” The angel replied, “…. Behold your kin Elizabeth has also conceived a son in her old-age and this is her six month from her being called barren: because with God nothing is impossible.” Luke 1 : 31 – 37. Thank God for Miriam who finally responded in faith and said “Behold the servant of the Lord: may it be according to your word.” v 38. Glory be to God because the rest was history, for Jesus Christ the Savior of the world was born by a virgin and Elizabeth who was barren miraculously gave birth to John the Baptist, the forerunner of Jesus Christ. If we want our lives to be full of God’s miracles we must always respond in faith to “thus says the LORD GOD” (Rhema). The Lord Jesus emphatically said that His words are spirit and life (John 6 : 63). In order words, His words have creative power to create something out of nothing. Therefore, I can boldly testify also that there is no barrenness where Jesus reigns, for I can name at least seven couples that Christ blessed with children after some years of hopelessness of not been able to conceive. When they sought the Lord in His own terms, He caused them to laugh and made them fathers and mothers of Children from His Throne. To God be the glory for using His servant to do these miracles. In the beginning of creation, God commanded His creature to be fruitful and multiply and to fill the earth. Most assuredly for man, it is written in Genesis 9 : 6 – 7, “…for He made man in the image of God. And you, be fruitful and multiply. Bring forth abundantly in the earth and multiply in it.” Halleluyah!, God wants us to be full of fruits spiritually, physically and economically! Believe God and bow to His will and it shall be well with you.

The greatest miracle is the salvation of man and is the door way to the Kingdom of God. Amazingly, it is only possible with Jesus. It is written, “Neither is there salvation in any other: for there is none other name under heaven given among men, whereby we must be saved.” Acts 4 : 12. It is so comforting for us to know that the word Y’shua (Jesus) means savior. Glory be to God! However, when the disciples saw the reaction of the rich young man, who preferred the perishable and temporal riches of this world to eternal salvation of his soul; they exclaimed, “Then who is able to be saved?” “And Y’shua, looking at them, said, “With people this is impossible, but with God all things are possible.” Matt.19:16-26. Absolutely, genuine riches are not a barrier for salvation. For instance, Zaccheus, a tax collector was wealthy, and men must have written him off because people of his day believed that a tax-collector was among the worst sinners that should be avoided. But alas! Jesus in love reached out to him on the top of a tree where his hunger for God took him. He passionately sought to see the Redeemer while He was passing but unfortunately he was short and this would have robbed him of the privilege, because of the thick crowd that surrounded Jesus. Hence, in desperation, he strategically climbed a sycamore fig tree so that he could see the LORD, as He was to pass by the tree which he climbed. It is noteworthy that none of our actions goes unnoticed by God. While the thick crowd was frantically demanding Jesus’ attention, Zaccheus’ unique thirst for Him on the tree caught His attention. Having seen him on the tree, He said, “Zaccheus, because you have been zealous for the Lord you must now get down, for today it is necessary for Me to stay in your house.” “Then as he made haste he got down and welcomed Him rejoicing.” While the self-righteous crowd were condemning Jesus’ love for sinners, Zaccheus stood before the Lord and promised, saying, “Behold half of my possessions, Lord, I am giving to the poor, and if I extorted someone I am repaying fourfold.” And Y’shua said to him that “Today salvation has come to this house, because this one also is a son of Abraham: for the Son of Man came to seek and to save the lost.” Luke 19 : 5 – 10. Almighty God, I pray that I may be a faithful steward of all that you blessed me with and be generous in meeting other people’s needs in the name of Jesus Christ.

Salvation also means deliverance which is to dethrone satan and enthrone Jesus Christ, thus expounding the kingdom of God. It is written, “But deliverance will be on Mount Zion and there will be holiness, and the House of Jacob will possess their possessions.” (Obadiah 17). I am so grateful to the Lord Jesus Christ Who has anointed me to minister under His domain to set the captives free. The Lord uses me more in setting the captives free and the numbers of people who have been set free in the name of Jesus Christ are uncountable. I pray that they will be sustained in holiness and righteousness in the name of Jesus, our Kinsman – Redeemer. To God be the glory in His Kingdom forever and ever. Kindly read Luke 9 : 1 – 2 and Luke 10 : 19 – 20. I love to conclude with Jeremiah’s testimony about the awesome Power of God. He declared, Ah Adonai, LORD! Behold, You have made the heavens and the earth by your great power and outstretched arm, there is nothing too hard for You.” Jeremiah 32 : 17. Keep meditating on this and walk in the light of Jesus Christ and you shall encounter the glory of God; and I believe that under the canopy of God nothing is impossible.