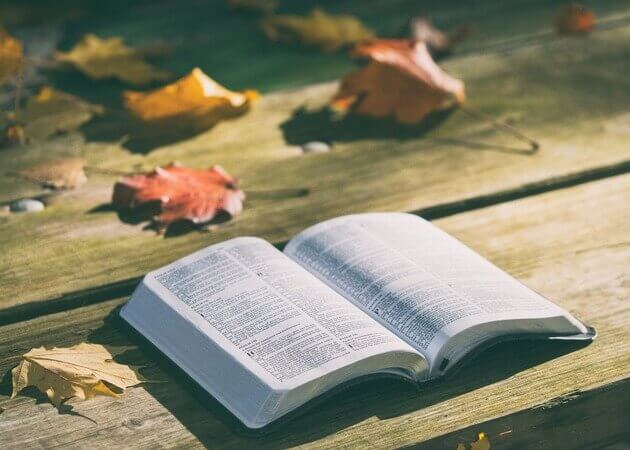 The word veracity according to the dictionary means truthfulness or correctness or accuracy. In the light of this and without any shade of doubt, I believe strongly that the Scripture is true, correct and accurate. Every word of the Bible is authentic. What gave me absolute confidence to say this is the fact of the inspiration of the Bible. God actually breathed the scriptures out. Webster gives credence to this by saying that Inspiration is “The supernatural influence of the Spirit of God on the human mind, by which Prophets and Apostles and sacred writers were qualified to set forth Divine truth without any mixture of errors”. Paul in 2 Timothy 3:16 defined inspirations as “The strong conscious inbreathing of God into men, qualifying them to give utterance to truth.”

It is inferred here that HOLY SPIRIT is the author of the Bible; but do you know that the HOLY GHOST is divine in the absolute sense? He is all-powerful, all knowing and present everywhere. He is the spirit of truth, the revealer of truth and CHRIST Himself. Just as Christ displayed the divine likeness without distortion, so also the Holy Spirit gave men the supernatural ability to record the messages of God without error. Paul testifies to this truth that the Holy Spirit is different from the spirit of the world. He said, “Now we have received not the spirit of the world, but the spirit which is of God, that we might know the things that are freely given to us of God” – 1 Corinthians 2:12. The Holy Ghost revealed the will of God to us through the inspired messages and thus makes the scriptures authoritative and not just mere empty words of men that hold no water. They are not just mere philosophies authored by the spirit of the world.

Notwithstanding, I will like to buttress the facts about the truthfulness of the scriptures, by digging deeper into the claims of the whole Bible itself. In fact, the Bible is like a lion who can defend himself without any external aid. For instance Paul refers all that the Prophets and Psalmist said to as what God said by the HOLY SPIRIT. Paul’s constant expression of the ‘Scripture says’ means God says. Furthermore, all expressions like “The Lord spoke”, “thus says the Lord” and “The word of the Lord came” are used more than 3,800 times to deliver God’s messages. The Old Testament indeed claims to be the prophetic utterance or the voice of God and the New Testament support this claim by referring to it as “The Law and Prophets”, “the word of God”, “The Oracles of God” and “Scriptures” A statement of fact says that the New Testament is contained in the Old Testament and the Old Testament is in the New Testament explained. This proves that all the prophecies of the Old are fulfilled in the New Testament. The two Testaments complement each other.

Let us examine what Jesus our Lord has to say as further proves of the veracity of the Scriptures. Starting from what is said about CHRIST, Pilate once said not to have found any fault in Jesus Christ; apart from the life of holiness He lived. This statement proved that CHRIST is perfect and sinless and what CHRIST says must be true and must be strictly adhered to. Incidentally Christ’s teachings and miracles dominate the New Testament. Jesus accepted the Old Testament as the word of God to His people the Israel of God. He claimed to have come to fulfill the Law and the prophets and not to destroy it (Mathew 5:17-18). He emphatically said that the Scripture is “unbreakable and indestructible” – John 10:35. Above all He claimed that everything written about Him by the Law of Moses and the prophets and the Psalms must come to pass – Luke 24:44. He quoted verses and passages often from the Old Testament. Even His words when He was on the Cross were quoted from the Old Testament. His moral teachings were drawn from the Old Testament and He sometimes fell-out with the Jews when they held God’s commands so lightly and superficially. In a nutshell, Jesus believed every word of the Old Testament and lived by it.

Jesus also selected and trained the Apostles in order to preserve his teachings and preach it to the people. After all He baptized them with the HOLY GHOST and Fire who later inspired them to write the New Testament. He once told them before his death, resurrection and ascension that He had a lot of messages for them which they could not bear then, but the HOLY GHOST Who is the Spirit of Truth will come to guide them into all truth – John 16:12-13. So the New Testament was written by the HOLY SPIRIT filled people (the Apostles) and this is one of the yardstick for canonicity. The authority and the transforming power of the scriptures prove its veracity. Many lives had been transformed and still being transformed and shall be transformed by the word of God. The unity of the Bible proves the veracity of the scriptures beyond any reasonable doubt. Keen investigation has been carried out and it has been established that there is unity in diversities in the scriptures. The Bible has hundreds of themes, which were written in different languages. There were nearly 40 different people who wrote the Bible and they were of different works of life. They did not know one another and they wrote at different times and parts of the globe. The Holy Ghost led them to write the scriptures for a period of 1500 years. Yet there is unity of subject, teaching and solution to human problem of sin. Sin, which is the basic cause of human woes, is common to each book of the Bible and that one cure for sin is CHRIST.

It is also an established fact that the Scriptures is both divine and human, and this human aspect does not make it faulty automatically. One thing is certain, the writing of the scripture is not like a dictation for the men whom God used are not robots. God did not destroy their human personalities and styles. The language used was down to earth and that is, it could be understood both by the common man and the elite. In short, the Bible which is a “history of Salvation, is God’s word in human language. Personally, as a servant of CHRIST, I hold the same view with my Lord and Savior, that the Bible is a supreme revelation of God. Since faith grows out of the word of God, my study of the Bible survey has tremendously increased and strengthened my faith in Christ. I will honestly and tenaciously hold on to the promises of God that cannot fail. I have determined to meditate and memorize this word of God that has transforming and cleansing power; so that the image of Christ may be perfectly formed in my heart.

Above all my prayer life has been positively affected by the examples of men-of Great God, who are fervent in prayers. People like Moses, Elijah, Elisha, Paul and a host of others who were prayer warriors. Above all, Jesus’ prayer life has a greater impact on my prayer life. If the Creator held vigil before making a decision then I that is mortal should spend more time in prayers and fellowship with my Creator and Savior. We are commanded to pray without ceasing and draw closer to the source of Inspiration and of all Creation.